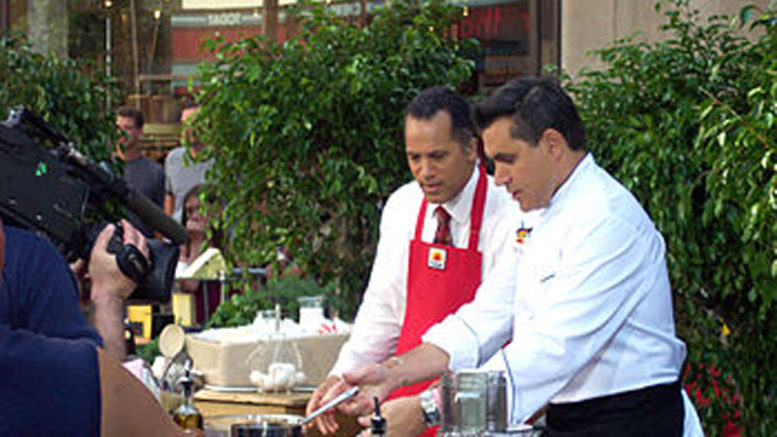 Lester Holt on the Today Show doing a cooking segment

Debate Analysis: Lester Holt took sides in the Trump-Clinton debate, and denied the American people an opportunity to understand the real issues separating Donald Trump and Hillary Clinton. Although Clinton claims she won, the truth is she wasn’t as much a factor in the debate as Holt was. And while Trump could have done better, he didn’t do too bad standing up to a barrage of attacks from Holt and Clinton who tag-teamed him. The real debate loser was Lester Holt

Ask me if Lester Holt was fair in “moderating“ the first debate between Donald Trump and Hillary Clinton?

Which is my lead-in to No, Holt wasn’t fair and here is why.

The fact is that if Lester Holt had been a fair moderator, or even a fair journalist during the debate, Trump would have easily out-shined Clinton. But Holt wasn’t fair and anyone who takes the time to review the debate transcripts knows it.

Trump found himself being attacked from both sides, from Clinton who got a total pass from Holt without being asked one tough or critical question, while Trump was put on the hot-seat by Holt who set Trump up for Clinton’s attacks.

Either Holt abandoned all precepts of fairness – something the mainstream American news media has done long ago, or he was in cahoots with the cleverly driven Clintons who will do anything to achieve their power goals. 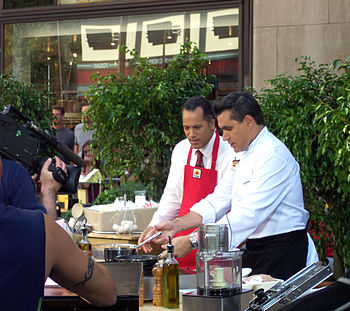 In analyzing the debate, nearly every question was set-up as a basis for criticism of Trump.

Worse, on two occasions during the debate, Trump found himself debating Holt directly with Holt challenging his answers, not “moderating” the debate.

In contrast, Holt never question Clinton once about any of the issues she faces as a candidate.

If Holt was more than a moderator, then attacking Trump would not have been an issue had he also attacked Clinton. But he didn’t. Not once during the 90 minute debate watched by 81 million people.

Clinton needed this bump. But it was at a cost to Lester Holt’s journalistic credibility. Most people saw through the transparency of Holt’s failed role as a moderator as he repeatedly attacked Trump while giving Clinton a pass on the same major issues.

I watched the debate twice and I reviewed the complete text of the debate (which you can read by clicking here).

And it was clear that Holt failed, and here’s how:

Holt was confrontational and he repeatedly criticized Donald Trump throughout the debate, while never challenging Clinton on any issues at all. In two instances, Holt and Trump went at it directly while Clinton smiled giddily with her carefully coached expression.

Holt and Trump went back and forth heatedly when Holte challenged Trump on the issue of Stop and Frisk, something that Clinton should have done. By challenging Trump, he allowed Clinton to present herself as the “moderate voice” in the debate, accusing Trump of racism.

Immediately after, Holt and Trump again went back and forth over the “birther issue,” assertions that President Barack Obama was not legally an American citizen and was not born in the United States – his father is Kenyan, but Obama was born in Hawaii and lived there with his mother who was divorced.

Again, the debate was between Holt and Trump, not Trump and Clinton. And again, Holt allowed Clinton to pile it on with her own remarks after Holt hammered Trump

Holt and Trump went at it again, a third time, when Holt accused Trump of lying about his stand on the Iraq War. Holt insisted repeatedly that Trump had supported the war while Trump repeatedly denied it.

Trump made one comment that has become the basis of assertions from Holt and other journalists in the biased mainstream American news media. And it is amazing that suddenly reporters find this source to be credible.

Trump appeared on the radio show of shock jock Howard Stern in 2002 and when asked if he supported the Iraq War, responded saying, “Yeah, I guess so; I wish the first time it was done correctly.”

The truth is the phrase “yeah” is innocuous. Trump is clearly using the word “Yeah” as a placeholder for undecided feelings that reflected how many Americans felt  in 2002. Deep down, everyone was angry with al-Qaeda and the administration of President George W. Bush was pushing the false claims and lies that Iraq was involved with the terrorism that took nearly 3,000 lives on Sept. 11, 2001.

Yet in every subsequent interview, Trump never endorsed the war but often questioned both the war and harshly criticized Saddam Hussein, who deserved to be criticized.

What Holt failed to do though was put it in true context. While Trump’s innocuous comment meant absolutely nothing in terms of impacting American Foreign Policy, Hillary Clinton as a U.S. Senator had a direct impact on the Bush administration’s decision to attack Iraq on March 19, 2003.

Clinton, a Democrat and critic of Bush, supported the Iraq War and that empowered Bush and his Republican Administration to go even further than was reasonable. Clinton’s vote had actual consequences and cost American lives.

Yet, not one word from Holt.

In addition to failing to calling out Clinton on the Iraq War, Holt never once asked about Clinton’s vote three times to support the Patriot Act, which many people believe is a policy that engages in racism worse than the so-called “Stop and Frisk” practice that Trump said is needed to confront street gang violence in cities like Chicago.

Holt attacked Trump on his support of “Stop and Frisk,” calling it “racist,” but never challenged Clinton on her support of the Patriot Act which denies fundamental constitutional protections to Americans mainly of Arab, Middle Eastern, Pakistani and Muslim heritage and religion.

Holt’s critical questions of Trump were lifted right out of Clinton’s political campaign literature. Maybe they were “handed” to Holt by the Clintons!

While hammering Trump, Holt never questioned Hillary Clinton about the issues that have been haunting her campaign such as her own problems with women when she bullied Monica Lewinsky who had an affair with her husband when he was president, and Clinton’s email scandal. He never asked about her vote on the Iraq War, her support of the Patriot Act, nor did he ever ask about Clinton’s own finances and the relationship that existed between the $3 billion Clinton foundation and favors to those who contracted her husband to give speeches (for fees as high as $3 million) in exchange for access to her office when she was Secretary of State.

Clearly, Trump was overwhelmed during the debate, but not by Hillary Clinton, who skated through the debate protected by Holt, a veteran African American journalist who I have known for years while covering Chicago City Hall and Chicago politics.

Holt allowed his personal views to enter the debate and to bully Trump, distracting him from Clinton’s failed policies.

Lester Holt is a nice guy. And he has a good record of journalism. But it is clear that the rumors that the Clintons were pressuring Holt to attack Trump succeeded.

The only question not asked during the debate is, what was the price?

The debate was biased and unprofessional. He really needs to apologize for his lack of professionalism and his failed performance. Or, at least admit that he is biased and partisan in this election.

In a fair debate where the moderator doesn’t take sides, the public will be given a fair chance to see both candidates and listen to their answers.

That was something denied to the 81 million people who watched the debate on Monday Sept. 25, 2016.

Just once, it would be great if we got to listen to the candidates hash out the issues without help from the “moderators.”

Hanania writes columns for the Southwest Community Newspaper Group including the Des Plaines Valley News, the Southwest News-Herald, the Regional News and the Reporter Newspapers.

Ray Hanania is senior blogger for the Illinois News Network news site. He is an award winning former Chicago City Hall political reporter and columnist who covered the beat from 1976 through 1992 (From Mayor Daley to Mayor Daley). And, Hanania is a stubborn and loud critic of the biased mainstream American news media. Hanania covered Chicago political beats including Chicago City Hall while at the Daily Southtown Newspapers (1976-1985) and later for the Chicago Sun-Times (1985-1992). He published The Villager Community Newspapers covering 12 Southwest suburban regions (1993-1997). Hanania also hosted live political news radio talkshows on WLS AM (1980 - 1991), and also on WBBM FM, WLUP FM, WSBC AM in Chicago, and WNZK AM in Detroit. The recipient of four (4) Chicago Headline Club “Peter Lisagor Awards” for Column writing. In November 2006, Hanania was named “Best Ethnic American Columnist” by the New American Media; In 2009, he received the prestigious Sigma Delta Chi Award for Writing from the Society of Professional Journalists. Hanania also received two (2) Chicago Stick-o-Type awards from the Chicago Newspaper Guild, and in 1990 was nominated by the Chicago Sun-Times for a Pulitzer Prize for his four-part series on the Palestinian Intifada. Hanania writes columns for the Southwest Community Newspaper Group including the Des Plaines Valley News, the Southwest News-Herald, the Regional News and the Reporter Newspapers.

Does Trump Have A Super PAC?

This post has already been read 2910 times!Orland Park approves 375% increase in mayoral salary Nearly 100 residents crowded the Orland Park village hall to complain that the pay hike should be presented to the voters for approval and not the board members, who voted unanimously to hike the salary following two hours of public discussion and debate. By Ray Hanania (Note: You can read my…