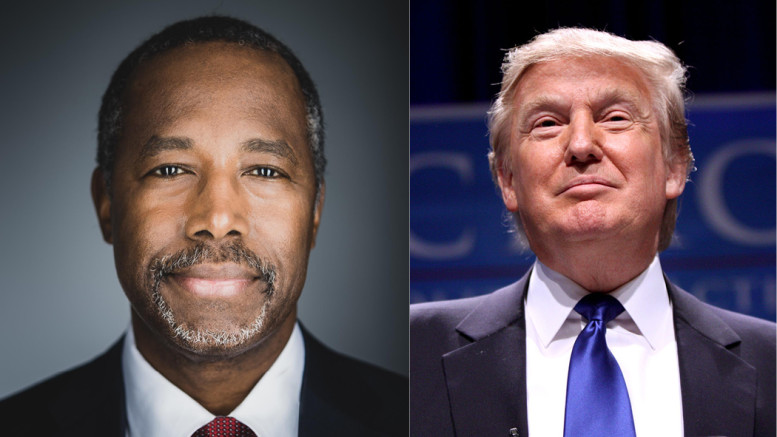 Donald Trump’s bombastic no-filter style has had at least one benefactor - Ben Carson.

“Donald Trump certainly ignited public awareness on issues about competency, responsiveness and quality of government, even though we’ve been talking about it for many months, he did it in a pretty loud, boisterous way,” said Carson communications director Doug Watts. “He shook people up, and with their eyes open and their ears open, they found another candidate saying the same thing, just in a different key.”

Up until now Trump has been very gracious to Ben Carson - recently telling the Daily Caller that Carson is “a wonderful guy” and “really a friend of mine.”

That being said we are talking about the race’s front-runner - he, also, adds that he is “a doctor who wasn’t creating jobs.” Trump has been touting his ability to create jobs and using it as a measuring stick to separate him and his opponents.

On Friday, one day after a national Monmouth University poll showed Carson moving into second place — and looming as the only GOP candidate who could defeat Trump in a head-to-head matchup — Trump telegraphed that Carson’s free ride is coming to an end.

“Well, I’m much better as a counterpuncher, so I’d rather have, and I’m hoping for Ben to really hit me at some point, because I love to counterpunch,” the billionaire said in response to a question on MSNBC’s “Morning Joe.”

Carson is unlikely to take the bait from Trump. His campaign themes are similar to Trump’s without the bombastic style that has Trump garnering all the headlines.

Caron likely thinks of himself as the tortoise and the Donald the hare. 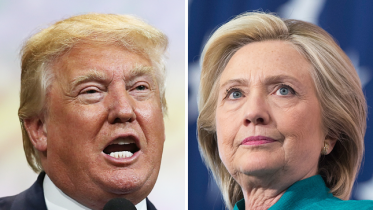 Is it Trump or Clinton? Yikes!

This post has already been read 278 times!Is it Trump or Clinton? Yikes! Ray Hanania’s column & commentary and audio podcast, also available at www.RayHanania.com August 11, 2016 explores the difficult choice Americans have in the presidential election between Hillary Clinton and Donald Trump By Ray Hanania How do you sort through the turmoil of this presidential election, the worst we have seen in generations?…