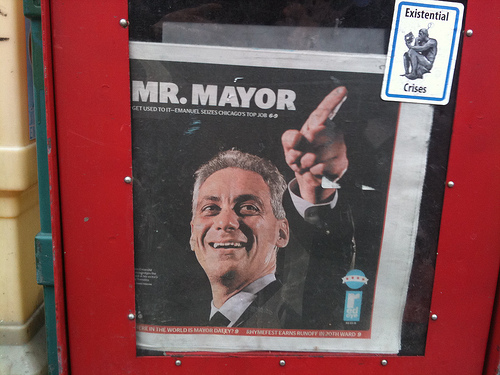 Chicago Mayor Rahm Emanuel was always going to defeat challenger Jesus Chuy Garcia. Emanuel only looked vulnerable because of Chicago’s “new” consolidated election system which replaced the old system of party primaries and brushed aside any role for the city’s small and negligible Republican Party. But Emanuel did well in both elections on Feb. 24 and on April 7. When you look back at past election performance and turnout, Emanuel clearly is not a weak contender

Many pundits are making a big deal that this was Chicago’s “first run-off,” but in Chicago political reality the run-off is a natural part of Chicago’s new election system, and never was a reflection of Mayor Emanuel’s supposed weaknesses.

Emanuel did very well in both elections on Feb. 24 and on April 7, 2015. The consolidated election system gives a second-place runner-up more weight than it gives a fair chance to a Republican. And even with the extra boost, Jesus Garcia didn’t do that well at all in either election.

The truth is, Emanuel was never really in political trouble at all. Garcia’s candidacy and chances were more about lakefront liberal hopes and dreams than about reality. And the Chicago news media was happy to feed the hysteria because it helps sell newspapers in a dying mainstream news media industry.

You have to laugh when you listen to some of the people they put on television talking about Chicago elections.

I guess if you sit in front of a microphone long enough, you think you are a genius.

Chicago Mayor Rahm Emanuel won re-election against a challenger who was given two chances to win under Chicago’s changed election system, and he still defeated him by a whopping margin, both times. Despite my personal difference with Emanuel, the truth is he did well and deserved re-election.

Cook County Commissioner Jesus “Chuy” Garcia appeared to be a major threat to Emanuel only because the new election system in Chicago that replaced the old primaries with a consolidated election pushed the negligible Republican party candidates off the map. It gave the Democrats complete control of Chicago’s elections. 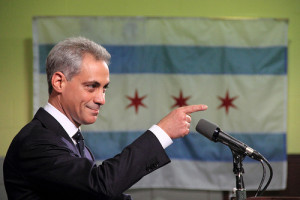 On Feb. 24, 2015, Mayor Rahm Emanuel and Jesus Garcia were forced to contend in a run-off because neither received more than 50 percent of the vote. Many argued that showed that Emanuel was “weak.”

The truth is, the February 24 election actually showed how strong Mayor Emanuel really was, especially when you set aside election labels and look only at the election results.

On Feb. 24, 2015, Emanuel received 46 percent or 208,305 votes, and Garcia received 34 percent or 155,545 votes. Under the old system that forced Democrats to run head-to-head in a “primary” election, Emanuel would easily have won and gone on to face the negligible challenge from the inconsequential Chicago Republican challengers.

That is how it has always been. Emanuel did no different than any prior mayor and Garcia never came close to the election shocker that Jane Byrne served up on Feb. 27, 1979 when she defeated the Democratic Machine Mayor Michael A. Bilandic.

Byrne barely squeaked by Bilandic in 1979, yet her election is considered a hallmark of a mayoral challenger who defeated a sitting mayor. Jesus Garcia never even came close to that truly astonishing achievement. Garcia’s performance both on February 24 and April 7 was really mediocre and he never had a shot at defeating Emanuel. 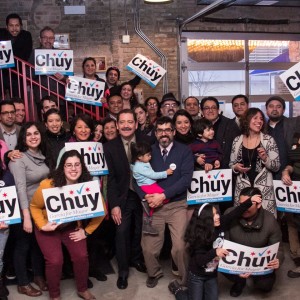 Jesus Chuy Garcia had the backing of progressive and some members of the old Harold Washington Coalition but his base is the Hispanic community.

But you don’t have to dig back 36 years to the Byrne-Bilandic election to compare the two election systems and how they work differently for strong candidates. Just look back at the 2011 election that Emanuel won the first time.

Because Emanuel received more than 50 percent of the vote, there was no run-off with his leading challenger, Chico, which would have been held April 5, 2011.

And, if you go back to 1983 when Harold Washington won the Democratic Primary election, he did so with only 37 percent of the total votes cast. Byrne received 33 percent and Richard M. Daley received 30 percent of the votes. Had there been a run-off then, Washington would have faced Byrne and would clearly had lost to Byrne. Instead, Washington went on to face a weak Republican, Bernie Epton, whose only hope was in racism and his racist slogan “Vote for Epton, Before It’s Too Late.”

Garcia received, according to the unofficial vote count from the Chicago Board of Elections, only 250,773 votes or only 44.28 percent of the vote. He did slightly better the second time, but Emanuel still captured most of the votes that went to three other candidates in the Feb. 24, 2015 battle.

A total of 566,318 people cast ballots Tuesday in the Emanuel-Garcia race and that is nothing to brush aside.

Garcia was defeated in a landslide on February 27, and again on April 7. The numbers don’t lie Changing the election system only gave a second-place contender like Garcia a second chance, something no other candidate has been given in years.

That “second chance” for Garcia was part of the new election system, not a reflection of Garcia’s strength.

In the end, while pundits will focus on the fact that this was the city’s first-ever mayoral run-off, in truth Chicago mayors have almost always had to run in two elections, the party primary and the general election.

Regardless of the system, analyzing Garcia’s performance, he had no chance in either election, even though the media seemed determined to stop Garcia and help their favorite, Emanuel.

Mayor Emanuel deserves to be recognized for his re-election achievement.

Personally, I’m glad he felt humbled. Not winning on Feb. 24 was humiliating. Emanuel deserved it as a price for some of his failed policies and his discrimination against some segments of the city. That’s something only a few mayors have ever experienced during an election.

Instead of being humbled in 1979 against Jane Byrne, Bilandic compared himself to Jesus Christ, the Shah of Iran and the victims of Nazi persecution. At least Mayor Emanuel didn’t do that. He didn’t portray himself as a victim and instead he has acknowledged, at first a little awkwardly, that he needs to be a better mayor. (His second “humbled” commercial was far better than his first.)

I hope Emanuel remembers that he was humbled. He owes it to the people of Chicagoland to change his past bad habits. He needs to open his administration and embrace diversity. As an American Arab, I have a beef with his policies of undermining the presence of American Arabs in city government. Emanuel eliminated the Arab Advisory Commission, our only voice (even if it was poorly led for most of its existence) and restore, support and fund the Arabesque Festival which died after only four years on Daley Plaza.

Most importantly, Emanuel has to stop being afraid to face criticism. It comes with the turf.

Chillin’ with Radio host Thom Clark and the lakefront libs 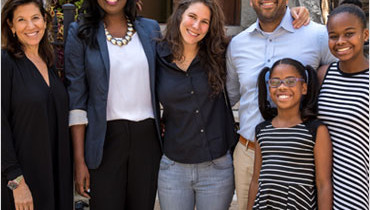 Besieged Cook County States Attorney Anita Alvarez faces two challengers, Kim Foxx and Donna More, although Foxx has the backing of the Democratic party’s political leadership in Cook County. Alvarez faces intense criticism for her failed responses in a series of police killings of Black teenagers in Chicago and is expected to be replaced in the Democratic Primary election March 15 By Ray Hanania Cook County’s besieged States Attorney…